Writing Task 1
You should spend about 20 minutes on this task.
The two tables below show statistics of workers of foreign and US birth in the United States last year.
Summarize the information by selecting and reporting the main features, and make comparisons where relevant. 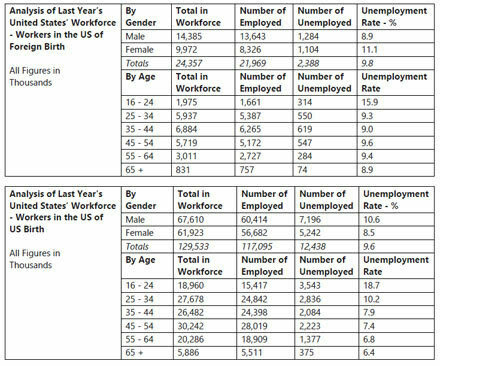