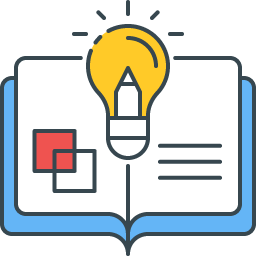 P3- The body that impacted Earth at the end of the Cretaceous period was a meteorite with a mass of more than a trillion tons and a diameter of at least 10 kilometers. Scientists first identified this impact in 1980 from the worldwide layer of sediment deposited from the dust cloud that enveloped the planet after the impact. This sediment layer is enriched in the rare metal iridium and other elements that are relatively abundant in a meteorite but very rare in the crust of Earth. Even diluted by the terrestrial material excavated from the crater, this component of meteorites is easily identified. By 1990 geologists had located the impact site itself in the Yucatán region of Mexico. The crater, now deeply buried in sediment, was originally about 200 kilometers in diameter.

P4- This impact released an enormous amount of energy, excavating a crater about twice as large as the lunar crater Tycho. The explosion lifted about 100 trillion tons of dust into the atmosphere, as can be determined by measuring the thickness of the sediment layer formed when this dust settled to the surface. Such a quantity of material would have blocked the sunlight completely from reaching the surface, plunging Earth into a period of cold and darkness that lasted at least several months. The explosion is also calculated to have produced vast quantities of nitric acid and melted rock that sprayed out over much of Earth, starting widespread fires that must have consumed most terrestrial forests and grassland. Presumably, those environmental disasters could have been responsible for the mass extinction, including the death of the dinosaurs.

According to paragraph 3, how did scientists determine that a large meteorite had impacted Earth?

the worldwide layer of sediment and the third sentence explains how it is unique.

According to paragraph 4, all of the following statements are true of the impact at the end of the Cretaceous period EXCEPT: